The awaited confirmation that 3 new “upmarket” hotels would be constructed in the near future has once again resulted in misconceptions and some misleading headlines.

When these were initially publicized the report said: “in Puerto Plata”. That was only partially correct because what they really meant was the Province of Puerto Plata and not the city.

The latest news, thanks to Dominican Today amongst others says Sosua but that too is equally incorrect. It appears that only one of the three will actually be in Sosua.  A second will be constructed in Cabarete and the third to the east of Cabarete in the direction of Sabaneta.

An overall investment of some $350 million is being quoted along with 2000 direct jobs, although that takes some believing.  Maybe it refers to a total of construction workers during the building stage and hospitality staff once open and in operation because a staffing level in a hotel of almost 700 seems a little excessive!

But, this should be good for the North Coast should it not?  Well, maybe. First of all, one can be fairly sure all the construction workers will not be locals but imported laborers and probably not Dominicans.  We all know who gets employed in construction to keep down costs and avoid labor regulations over health and safety.

Secondly, it appears all three hotels will be “all-inclusive” so guests will be kept on-site as much as possible and little will be spent in local businesses. One can only hope that some more adventurous vacationers will take the opportunity to get out and about and realise that there are other vacation options. Condo rentals, apart-hotels and private villas where they could return and enjoy a less restricted vacation experience and actually get to know the real Dominican Republic and all the Puerto Plata Province has to offer.

Thirdly, wages in the hostelry industry are not that wonderful, so although there will be jobs, and let’s be honest, any job is better than no job, the amount of additional disposable income that will trickle down into the local economy will not make that much of an impact.

As far as Sosua is concerned, it seems that the impending development is already having a negative effect on a number of local businesses who are being pressurized to move from their established locations in Pedro Clisante to an area further down the street and out of the town center.

The local mayor, Ilana Neumann, along with the country’s Attorney General, Jean Alain Rodríguez held a meeting with business owners on the 6th September 2019 to enforce the order given a year ago that businesses either moved or changed their format. Of course, none have done so.  Some suggest the new hotel and a desire to “clean up” the town center is behind the proposals. Others suggest that as the country is in the run-up to elections with nominations due in October in advance of the election in March 2020 the move is more political and an attempt to attract votes.

Whatever the underlying reason watch this space for updates! 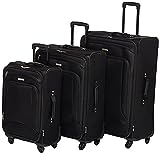 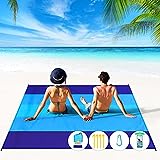